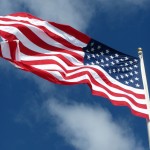 We believe in immigration reform, because our country was built by immigrants; we need immigrants to help our economy; and our immigration system is horribly broken.  Our current immigration system is illogical, flawed, clumsy and often unfair.  Immigration policy is essential to our nation’s economy, government and culture, and our policy is unresolved, disjointed and too heavily influenced by bi-partisanship and pure politics.  In short, our current immigration policy is flawed, does not further our national interests and distributes pain, sorrow and hardship to hundreds of thousands of families.

We believe in immigration reform, because our immigration law office was started by an immigrant.  We know how much good immigrants can do if given the chance to become U.S. citizens.  My wife, the mother of my two year old son and the founder of this immigration law office is an immigrant.  After coming to the U.S. as a child, she studied hard and worked hard to eventually put herself through law school.  She has made Indianapolis a better place to live by her hard work as a lawyer, public servant, judicial officer, and community volunteer.  Her story represents the good that immigrants bring to our country.  My wife’s story is the story of millions of immigrants who came to this country for a chance at a better life and, with a sense of purpose, a good dose of optimism and an enduring work ethic, have made the American Dream a reality.  And in the process, our country is better off and the beneficiary of fair, reasonable and liberal immigration.

We are lawyers and believe in the rule of law and the order that the law brings to society and a nation.  So, we understand that not everyone can be permitted to immigrate to the U.S.  Border security is important because border security is national security.  Because we work in the immigration law system, however, we are uniquely aware of how broken our immigration system is.  It is terribly broken.  Our border security is terribly broken.  We need fair and sensible reform.
Our current system is unsustainable.  We detain and thus house, at tremendous tax payers’ costs, hundreds of thousands of undocumented fathers, sons, mothers, daughters, brothers, sisters, etc., many of whom will not be deported.  Our immigration bureaucracy is bloated, inefficient and slow, all at tremendous tax payer costs.  Our borders are unsecure, which means our immigration system must work harder to handle more cases, which causes the system to be slow and inefficient.  At this stage, we need to overhaul the entire system.  We need reform.

If done properly, immigration reform can quickly accomplish all of these goals-

We believe in immigration reform, because we are immigration attorneys dedicated to helping families, workers, artists, inventors and our nation navigate the challenges we face and opportunities we are presented as they relate to immigration.

These are some of the reasons we believe in immigration reform.