You are here: Home / Immigration Law / Asylum Protection in Deportation and Removal Cases 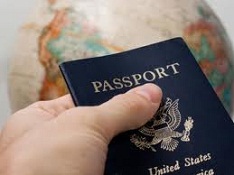 By: Mercedes Rodriguez, Of Counsel

Thousands of people have come to the United States seeking protection because they are afraid of persecution in their home countries. One way to obtain protection is through asylum.

Asylum is for persons who meet three basic requirements: 1) They fear persecution or have already suffered persecution; 2) the persecution is because of their race, religion, nationality, political opinion or particular social group 3) the government is either involved in the persecution or cannot control the conduct of third parties causing the persecution, for example paramilitary groups or gangs.

An individual may apply for asylum once inside the United States. They have one year from the day they entered the United States to apply. If they file their asylum application after the one year deadline, the applicant has to show that their case falls into certain exceptions to the one year rule. This can often be difficult for applicants to prove.

Asylum applications often include many documents, affidavits, photos, articles and other evidence. It is used to help substantiate the applicant’s claims that they fear persecution or have been persecuted in the past. After filing, the applicant will have to have his or her fingerprints taken. They will be asked to come to an interview with a USCIS asylum officer. The officer will ask questions about the applicant’s background and about why they want asylum. After the interview, the officer makes a decision granting or denying asylum. The applicant might receive a decision through the mail. Sometimes they are asked to come back to the USCIS office to receive the decision. If the applicant is denied, they have the right to appeal.

People who are in the process of being deported may also make an asylum claim. An immigration judge will review all the evidence at a hearing. Witnesses may be called to testify, including the applicant themselves. The judge will decide whether they are granted asylum and the deportation is stopped.

The process of obtaining asylum can be very complex. If you have any questions regarding this, please call a qualified immigration attorney.